Recently there has been much discussion in the media about a foster child in Hackney. I suspect that there has been misinformation and perhaps photo-shopping of images. I do not wish to comment on this actual situation.

I would however, like to sing a hymn of praise to people who register and spend much of their time as foster parents.

2015 My recent contact with foster parents. A couple of years ago I was invited for coffee by a Muslim friend. She lives quite near me in London. She is originally from Pakistan. She shares her fostering job with her adult daughter. They had just handed over black African twins whom they had cared for, loved and nurtured from the moment of their birth to the age of two and a half years. They had recently handed them over to adoptive parents who were living in the Midlands.

The matter of race, colour, religion was not relevant to the care and devotion of the foster family, nor to the little children involved.

At the time my friend feared that the adoptive mother was not looking for any further contact. I sensed that this was causing the foster family some sorrow. It must be hard to love and care for babies, then toddlers, then to try and explain simple things to them about their “new life”, and then all of a sudden to hear no more.

However, my friend and her daughter had been sufficiently trained in short-term fostering and knew the basic rules. In some cases adoptive parents might wish to keep in contact and in other cases this might not be so. And that is just how it is.

All I could say was that the love and care that they had expended on these twins will have given those vulnerable young children the best possible start in life.

Our story from quite long ago – 1980: Before we took Jah home, many years ago, we had a few visits between our family and the short-term foster family. He was nearly four years old and everybody involved prepared him as well as they could manage. The foster children as well as their parents needed to know where he was going to live, as he had spent over a year and a half with them and clearly at that time he was an important part of their young lives. Their feelings had to be taken into consideration. They all came up to our house, studied the bedroom Jah would share with his new big brother, and meet our two older children – the big sisters and played in our garden 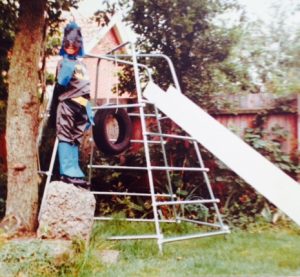 We gathered that the foster brothers and sisters approved of us. 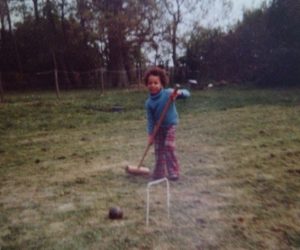 (the foster family had a field for a garden!)

We stayed and camped in their garden for a few days and had days out with thefamily before we finally took Jah home to live with us. Once Jah had moved in with us, we waited many months before getting him back in touch with the short-term foster family, apart from letters. We had been advised that this would enable Jah to settle down fully with us. All this seemed to work. We were guided in all these moves by excellent social workers.  (Later we arranged to meet up and the children were all happy to be back in touch.)

A story from this year 2017 : The mother in a family well-known to us had a recurrence of a mental problem and was in no fit state for a while to look after her four-year old twins and her 5 year old daughter. Make no mistake. This was an urgent situation! It was an emergency and the local Social Services came up trumps.

Miraculously to my mind, they found a foster family who could take in all three children together. Not only that, she lives in a medium-sized town, and they found a family in the same town, near enough for the five year old to carry on at her school. This must have helped the little girl so much. It would also give the mother peace of mind when she started to feel better. The family in question is a black British Caribbean family. To this day I have no idea what colour or religion etc. the foster family come from. Newspaper reports in the Hackney case made such a big deal about the ethnic background of foster parents, but there are many more important things to take into account when placing children. I just give thanks that everything worked so well for the family I know. Well done Social Services in the area!

Nowadays I understand that there are organisations to help families involved in caring for ‘looked-after children’. It is acknowledged that moving families is not easy. It is obviously a big disruption if it is for a short time, but if it is adoption and thus for life, there are still issues that a child might have.

In our day there was no help. One organisation was just being set up based at Coram’s Fields, but we did not hear of that with our older adopted son and our younger one had left school before we heard of it. I think it was called Parent to Parent Information.

Today Schools are given extra money to assist adopted and looked-after children in any way that seems appropriate for the child involved. There is an organisation called “Virtual School” and staff travel around visiting the children. I met one such teacher. The only example of help given that I can remember was where a certain child had a longing to learn a musical instrument and the Virtual School funding enabled the child to have music lessons. These lessons greatly enriched that child’s life. And that is only one example of what a Virtual teacher can arrange for a looked-after child. 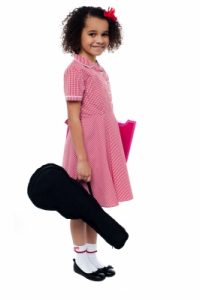 With the advent of Twitter and Facebook, parents of looked-after/foster children are able to hear about conferences** and keep in touch with each other in a way that used not to be possible.

Here end my musings for today!