Firstly because of a conversation with a woman on the bus. We had both come out of a session of Aquafit at the local Sports Centre. This lady was brought up in the West Indies.  She told me that this year she hopes to go on a cruise, as it will be her 70th birthday. It will also be her husband’s 80th birthday, their Golden Wedding celebration and her grandson’s 21st birthday. She was beaming as she told me of all these happy occasions to come.

Then her facial expression changed. She grew more serious and said, “My birth mother died aged twenty, giving birth to me. I think of her often”.

After a moment’s pause I asked who had brought her up. She said an aunt. I then ventured to ask whether she had had a good childhood and she said, “Yes. My aunt was pretty good to me”.

The next reason for writing about this theme was after watching a BBC programme interviewing birth mothers form 1970. They had all been persuaded to hand their babies over for adoption. I don’t think anyone interviewed had taken this action voluntarily. Strangely enough, although by the 1970s there would have been benefits awarded to single mothers and presumably some support, the girls themselves had seen no way out of their dilemma. Mostly they have given birth aged seventeen and been unduly influenced/pressurised by their own mothers and agreed to adoption. Some still longed to hear from their long lost children. I believe one woman had actually made contact with her child and the encounter had gone well. It was quite moving to see how deeply all the others longed for contact after all these years.

The existence of the Internet may make contact easier these days but equally the passage of years may make it less likely.

The third reason that has made me think of birth mothers is the amount of children’s novels published recently where the theme is mourning the death of the main character’s mother. I have just read three such books but I think there are others. I wonder. Does a certain idea float in the air and inspire authors? All three books I mention below are moving and excellently written. I recommend them heartily. 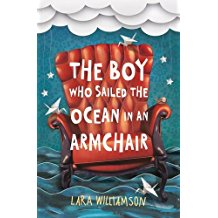 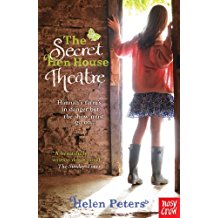 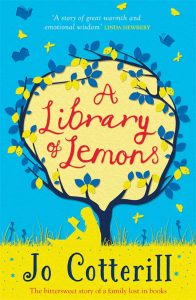 A last thought on birth mothers. How much dreadful suffering is going on around the world today! There are birth mothers (and fathers) struggling to live in refugee camps. There are mothers whose daughters have been kidnapped by rebel troops and raped and murdered.

I don’t want to end on a dismal note because often there is good news around somewhere if one can find it. The good news from me today is that on our street healthy triplets have been born to two proud parents. Congratulations and Hooray!

THE ENJOYMENT OF READING BOOKS