Today I was looking back at pictures of the book launch for my children’s novel Abigay’s Farm. 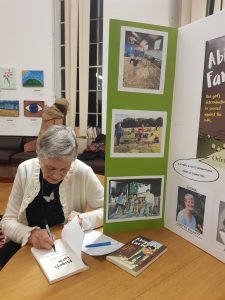 I remembered all the critique sessions and help I received during the long period of writing and editing the story. I joined workshops in Writing for Children at the City Literary Institute in London.  I attended my critique group meetings in Islington – “Islington Writers for Children.” We have a blog entitled Buzz About Books.

Just as I was about to write notes for a new idea I have had, I somehow stumbled on a post I had entered in 2010 on Buzz About Books. That is twelve years ago.  I didn’t intend to look back as far as that.  However, I’ve re-read the blog and I think it is worth repeating.  So here goes!

by Buzz About Books

Recently I read someone’s blog about a book that she loved as a child.  She said that she has never heard it mentioned anywhere, but she loves it.

This interests me, as one of the great things about having a book published is that one never knows who might read it. Or who will love it.  A book could be distributed anywhere from the Outer Hebrides in the North, to South Island, New Zealand in the far South.  Somebody could pick the book up and read it in a library shortly after it was published.  Or it could be discovered decades after publication, for example in a grandparent’s house.

Admittedly some books do not stand the test of time.  I remember being really sorry for my father, when I saw some of the books he had as a child.  He was born in 1908.  They were along the lines of “Good Dan” and “Bad Billy” and seemed very much like boring moralistic messages.  On the other hand, some of his boys’ adventure books were decidedly better.

Here are two books that I loved as a child.  So far I have never met anyone who has read either, but it is quite possible that they had a large, devoted readership.

The first is “Jam Tomorrow” by Monica Redlich.  It was also published in Puffin, so it was probably popular.  It mentioned American cousins who came to live with an impoverished vicar’s family. One of the cousins was a sophisticated American teenager and it took a while for all the cousins to settle down together.  It also mentioned finding treasure in the large old rectory. I suppose it satisfied the emerging teenager in me, as well as the child who liked adventure and surprise.

The second book is “Shadow on a King” by Frank Cox.  It was set in the reign of King Charles 1 of England.  The action passed backwards and forwards between France and England.  It was very fast moving and exciting.  I know that I read and re-read it many times.

(additional to earlier bog). And here is a story that my mother used to love and so did I.  It was first published in 1920 – over 100 years ago! 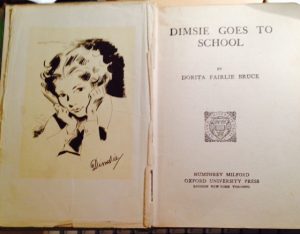 My point is that there are some books “out there” that might not be very famous, win prizes or make much money, but bring great joy to someone somewhere.

Well. Here’s to ‘Abigay’s Farm’ bringing great joy to someone somewhere. That is my dream!

(And please tell children about the book, or reserve it from your local library, or write a review if you feel moved to.)

And here’s to Good News for my fellow writers – one who has recently been accepted by an agent and another who is in serious discussions with a different agent.