Our three-page letter of appeal for Sam to attend the school of our choice. Sometimes parents get things right!

Random Reflections (not particularly adoption-related), And not very dramatic.

Final arrangements for Jah. Most plans completed before the move.

So now, to re-cap,  The church had bought  the house for us in London. D. and I thought that since it was near enough to the school for Sam to walk there every day, it would be obvious that the school would accept him. But clearly we did not know anything about pressure on school places in London or school placement policies. London was very different from Leicester.

We wrote a simple letter to our chosen Secondary comprehensive, explaining where we would be living and applying for a place for Sam. We then sat back for a letter of acceptance.

However, back came a reply that he was not going to get a place there and that he should attend the school that was even nearer to our selected house. If we really did want to apply to our chosen school, we would have to write again and explain why we thought this was necessary. The letter would then have to go to an appeal tribunal.

We put our heads together and compiled a three-page letter. We worked on it for a few days until we felt we had covered every point.

Image courtesy of mrpuen at FreeDigitalPhotos.net

We explained that we had adopted Sam as a baby. Now that we were moving to London, we realised that we needed a school that understood the need for an anti-racist policy. We thought it was an excellent letter. And perhaps it was?! We posted it. 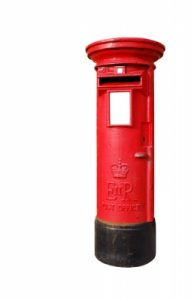 Image courtesy of artur84 at FreeDigitalPhotos.net

Eventually we received the welcome news that Sam had been granted a place at the school. It proved to be an excellent environment for him from the age of eleven until the end of the Sixth Form.

It is not often in life that parents can say “We got this thing right”!!