Final arrangements for Jah. Most plans completed before the move.

Our three-page letter of appeal for Sam to attend the school of our choice. Sometimes parents get things right!

So. The forthcoming move to London seemed to suit Lucy and Anna, and Sam’s school place had been secured. I had to give in my notice to the International Voluntary Service, where I worked part-time. I had enjoyed that job very much but I just had to hope to find a new part-time job in London once we were settled.

D. and I were relieved that most of the problems seemed to have ironed themselves out. Sam looked rather pleased about the forthcoming move. In fact, we all were.

However, D and I both felt a bit bothered about moving Jah again.

He enjoyed the school in Leicester. He had quite a few friends. He loved playing in the garden.  The new garden would not be so child-friendly.

He was quite happy at school. One of the things he was best at was running. 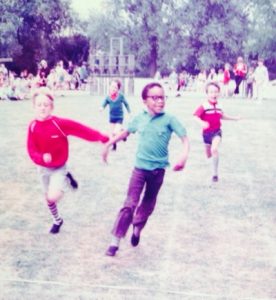 He had invited friends to his birthday parties. 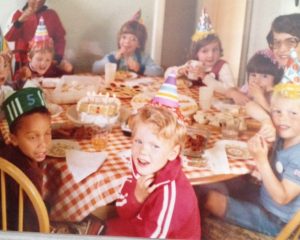 He had a small bike and enjoyed cycling round the “block” with Sam. We couldn’t imagine that he would have that freedom in London.

But life is full of surprises. When we mentioned moving, Jah did not seem worried. He took it quite well.

D. was busy preparing for his new job, so Jah and I had one further thing to sort out before we moved. That was which school he would attend.