There was a Church of England school at the end of our road in London where the new house was, but there were no places. In fact, they had a long waiting list. Fortunately there was another large Primary school within a ten-minute walk, so we made an appointment to visit.

We arrived in London far too early for Jah’s interview, so we took our sandwiches to the nearby park and he played in the sandpit.

I was slightly surprised to think that he was going into the Junior school (today’s Year 3 and upwards). Time had flown by. He was quite tall for his age. The only children around in the early afternoon were pre-school children and he looked almost like a gentle giant beside them in the sandpit. 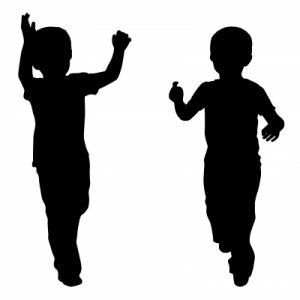 Image courtesy of sattva at FreeDigitalPhotos.net

The interview went fairly well, although I was a bit alarmed to  learn how advanced some of the children were and that included children for whom English is a second language.  They seemed to be far more advanced than Jah and his friends in Leicester.

After a fairly lengthy discussion about Jah’s level of attainment and his interests and abilities, we were taken to see where the Juniors had their classroom. I was most surprised to see that it was at the top of such a large building. The view was excellent, but I wondered how teachers managed all those stairs with a big class.

However, I was reminded again that he was no longer in the Infant stage. Juniors would feel that they were being promoted and therefore be able to cope and hopefully behave a bit better.

I could almost read a thought bubble above Jah’s head. He appeared to be impressed and fortunately not overwhelmed at the prospect of attending school in such a vast building. 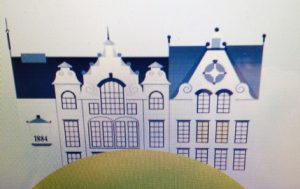 I detected a different kind of atmosphere from the Leicester school.  In those days the Primary schools did not have a uniform – no sweatshirt in school colours, but the Leicester children were supposed to wear “sensible” shoes and clothes.  I did not seem any “sensible” shoes on the children, although it was actually summer, so perhaps little sandals were a good idea.

Here in London in those days, the children wore very casual clothes.  I had already noticed that phenomenon when visiting a secondary school for Sam.  It had surprised me when I saw a teenager standing talking to the Head teacher in a very relaxed manner.   Added to that, she was wearing a Very Scant top!  Her outfit could be more accurately described as “ultra-casual”. Admittedly it was a very hot summer’s day, but her sleeveless top was more suitable for the beach. However,  this was London in the 1980s and that was evidently how it was.

The good news was that there was a place at the Primary for Jah, so we sealed the arrangement.

This was the last piece of the jigsaw to be completed before the move.  [Job tick. House tick, Arrangement for Anna to remain in Leicester tick. Convenience for Lucy that we would be in the same town as her tick,  London house tick. London Schools tick. . . . .]

We were now all set.