1983. The family is moving. Hunting for a house in London

1983. The search for a school in London with an anti-racist policy.

Random Reflections (not particularly adoption-related), And not very dramatic.

The salary of Church ministers is not big enough for them to buy a house. Therefore, the Manse, as they call it, is owned by the Church.

In the 1960s, when we were first married, ministers’ spouses rarely worked, so we had hardly any money. It is true that this changed quite quickly. (Not the fact that we had very little money – that did NOT change – but the fact that now spouses worked!)

However, it is quite a good system for the church to own the house. A manse was usually required to have enough space for any visiting preacher or church visitor. This often meant living in a four-bedroom house.

Our first house was in Tyneside. It was HUGE! It had 6 large bedrooms and was impossible to heat. We moved there in 1962 – the coldest winter for decades.   And to begin with, we were just two people – before the babies arrived. The house was far larger than you can tell from this photo taken of the front. The front bedroom was so vast that it spanned the entire width of the house, but we did not use it for ourselves. It mostly held scenery for plays that the church had put on. It was so cold in that vast room, that we rarely went in it.

Our house in Gateshead was not as enormous as it looks, but it had the statutory 4 bedrooms.

Our Leicester house was quite pleasant. We would have preferred it to be in a more multiracial part of the city, but the areas were not very mixed in those days. I do not know about today.

However, a four-bedroom house was going to be too expensive in London, so we had permission to look for a three-bedroom house.

D. and I were very keen to live in a certain area that was near to the chosen school. We must have been so entranced by the area that we selected a very small house. We thought we had worked out how we could manage, but the church officials took one look and said that they would not agree to such buying a small property. They were probably right.

After further searching, we found a three-bedroom house that suited us all and was within walking distance of our chosen school. It backed onto the main railway out of Euston but this did not bother us.   We were given the OK to select that house and the purchase went ahead without any problem. 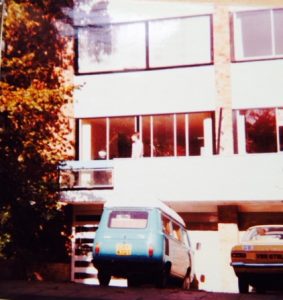 Now everything was ready for us to try and secure a school place for Sam. We had naively imagined that all we had to do was to apply to the school we had chosen, tell them where we would be living and he would automatically have a place.

However, this next step about obtaining a school place proved to be more difficult than we had realised.